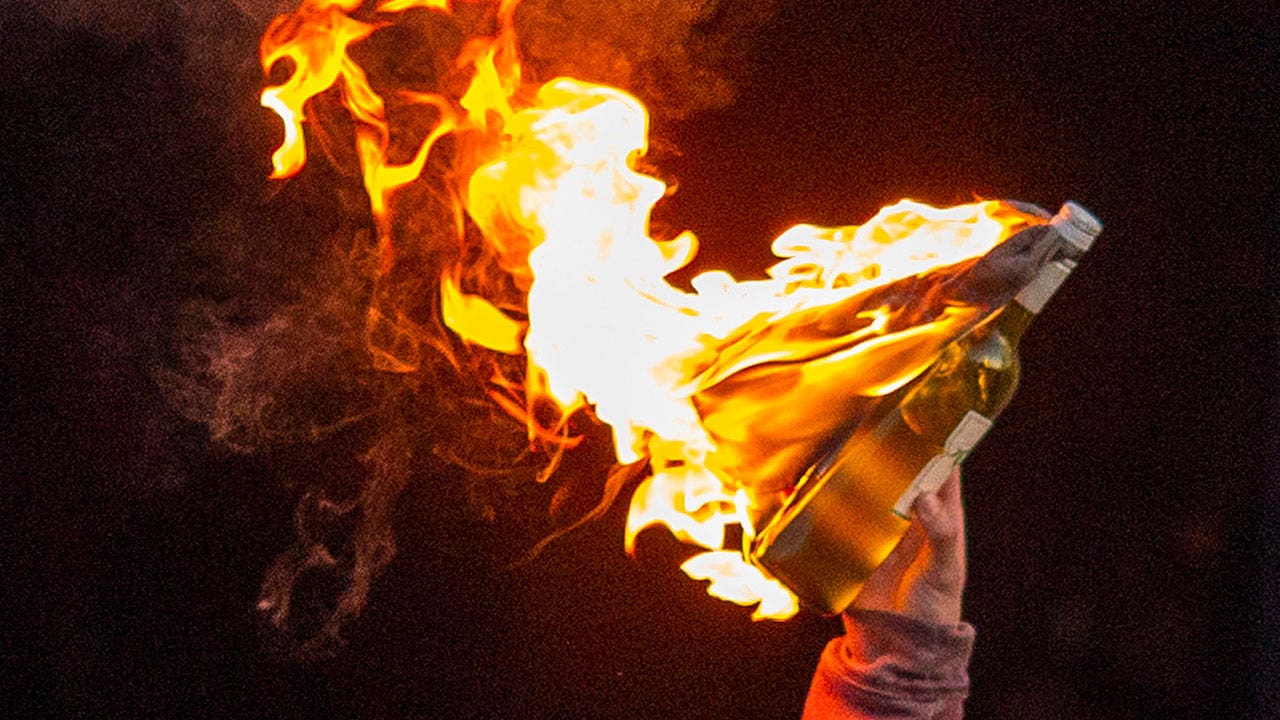 NEW You can now listen to Fox News articles!
A Renton, Washington man has pleaded guilty to bringing 12 Molotov cocktails to a protest at the Seattle police union headquarters on Labor Day 2020.
Justin Christopher Moore entered his plea to unlawful possession of destructive devices Thursday in U.S. District Court in Seattle, prosecutors said in a press release.
He's scheduled to be sentence on December 21, 2022.
He faces up to 10 years in prison.
PACKAGE 'DETONATES' AT NORTHEASTERN UNIVERSITY IN BOSTON, INJURING 1; FBI INVESTIGATINGAccording to the plea agreement, Moore made 12 gasoline devices and carried them to a protest march at the Seattle Police Officers Guild headquarters, prosecutors said.
Police smelled gasoline and discovered the box in a parking lot.
POLICE DETONATE POTENTIAL BOMB INSIDE WEST VIRGINIA COURT BUILDING: REPORTSInvestigators used video and information from other co-conspirators to confirm that Moore was the person carrying the box to the site, prosecutors said.
A search of his home found "numerous items that are consistent with manufacturing explosive devices," prosecutors said.