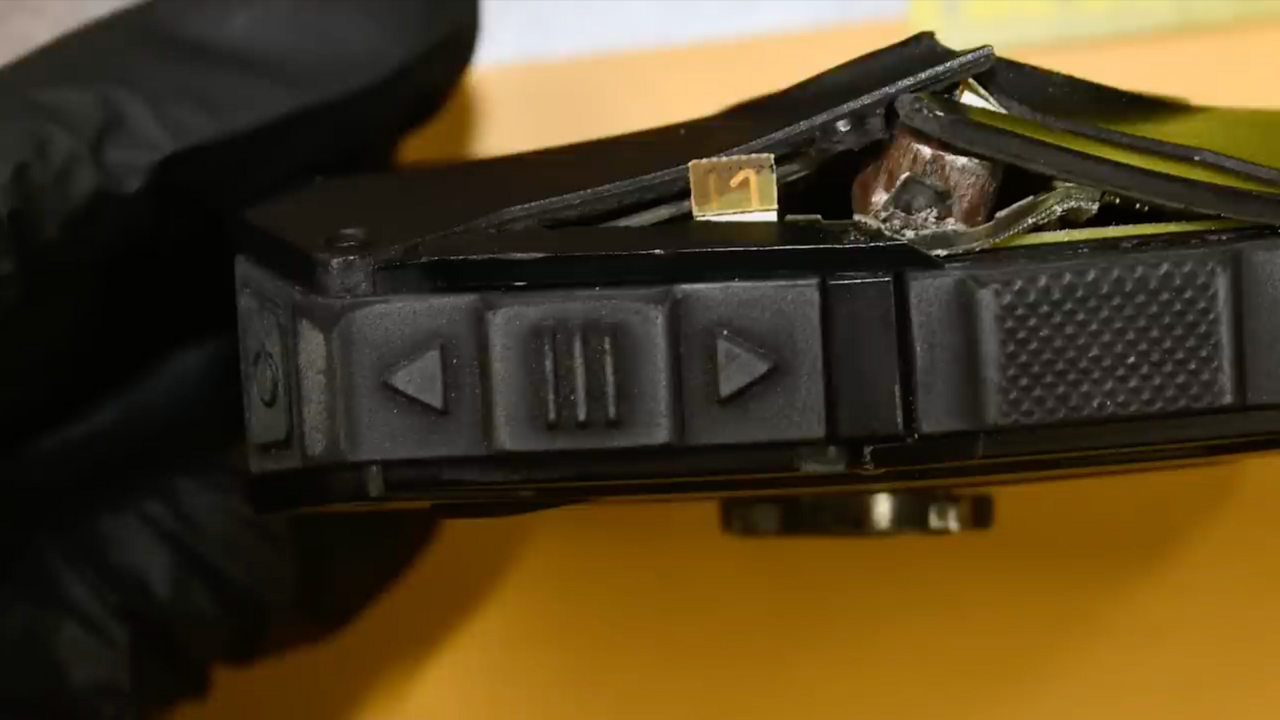 A North Carolina police officer's body camera stopped a bullet that was shot by a woman in August while authorities were serving an involuntary commitment order.
Body camera video released by the Charlotte-Mecklenburg Police Department shows officers arriving to the home of Brenda Donahue to take her to a nearby hospital for evaluation, as an involuntary commitment order was issued, according to FOX 5.
The full video released by police shows a man answering the door and confirming that Donahue was at the residence.
When officers went upstairs to locate the woman, the video allegedly shows Donahue firing a shot at the officers, striking one officer where her body camera is located.
NORTH CAROLINA PARENTS CHARGED WITH MURDERING ADOPTED 4-YEAR-OLD SON, DUCT TAPING HIM TO FLOOR: REPORTSSgt.
Steven Winterhalder, lead firearms instructor for the Charlotte-Mecklenburg Police said that the officers "showed a great amount of restraint by not just returning fire into the bedroom."
RALEIGH OFFICER USED STUN GUN DURING STRUGGLE WITH MAN WHO DIED IN CUSTODYAfter returning to the area of the bedroom, officials say that Donahue came out and pointed a gun at police, prompting an officer to return fire, striking the woman.
CLICK HERE FOR THE FOX NEWS APPThe woman was taken to a local hospital where she died.
The officer was not injured.