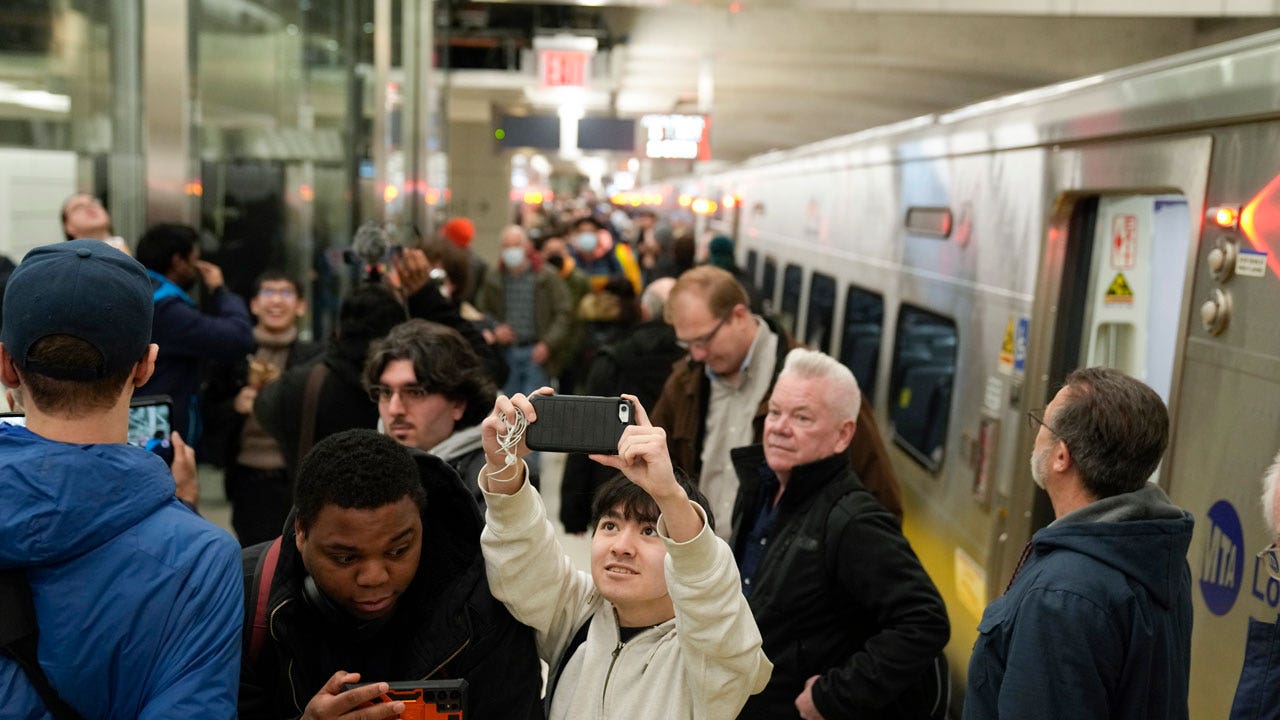 For decades, work on a massive rail project has been grinding 15 stories below the shuffling footsteps of millions of New Yorkers and beneath the East Hudson River and Manhattan skyscrapers.
After years of delays and massive cost overruns, the enormously expensive railway project shuttled its first passengers Wednesday from Long Island to a new annex in New York City's iconic Grand Central Terminal.
The new transit center, built inside a massive man-made cavern and served by rail tunnels carved through bedrock, is being heralded as an important addition to the nation’s busiest railway network.
GRAND CENTRAL HOLIDAY FAIR RETURNS TO NEW YORK CITY AFTER TWO-YEAR PAUSE"We got the job done," Gov.
Kathy Hochul said, the ninth governor to oversee the project that had its genesis six decades ago.
The new 700,000-square-foot terminal, dubbed Grand Central Madison, was conceived and constructed at a time when New York City's transportation system was bursting with passengers.
The station was to have opened by the end of 2022 but was delayed slightly by issues with heating, ventilation and air conditioning.
"I've been waiting for 30 years," said John Cannon, a Long Island man who was on the inaugural 21-minute ride from Jamaica, Queens, to Manhattan.
The money, he argues, could have been used for other transportation projects, including improving capacity for existing railway lines.
Officials have acknowledged that engineering costs and the high price of New York City labor contributed to spiraling expenses.
When full service begins to Grand Central Madison, the LIRR will add another 269 trains per weekday on top of the roughly 660 trains already in operation, officials said.
Coupled with expanded service to Penn Station, the link to Grand Central would allow rail stops to open along long-neglected parts of the city, including the Bronx, spur new housing developments and serve as an economic engine.