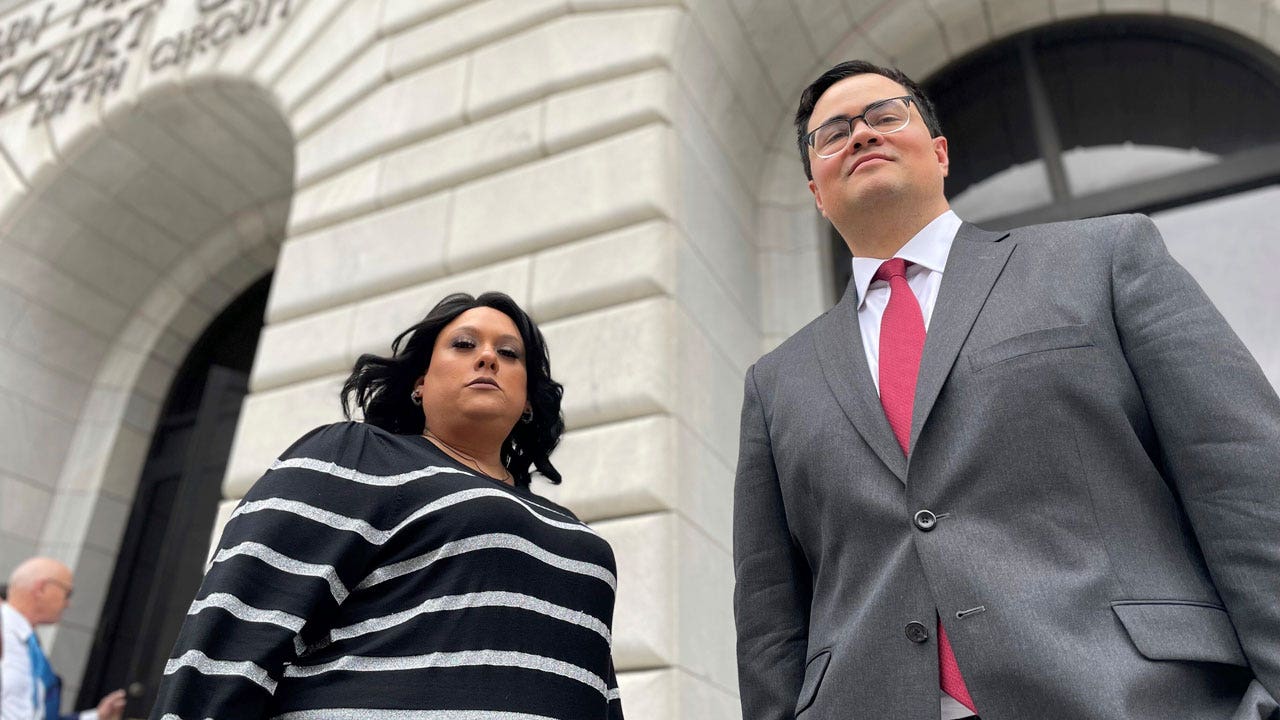 An online citizen journalist from Texas asked federal appeals court judges Wednesday to revive her lawsuit against authorities who her arrested for seeking and obtaining nonpublic information from police — a case that has drawn attention from national media organizations and free speech advocates.
A state judge dismissed the criminal case against Priscilla Villarreal in 2018, saying the law used to arrest her in 2017 was deemed unconstitutionally vague, according to court briefs.
She said she's entitled to damages because she never should have been arrested for posting information on her Facebook page, " Lagordiloca News LaredoTx. "
Circuit Court of Appeals building where arguments were heard Wednesday by the court's 16 active judges.
Among those on her side in the case are the Reporters Committee for Freedom of the Press, the National Association of Hispanic Journalists and the Society of Professional Journalists.
Villarreal has not shown that the officials who had her arrested knew there was no probable cause to do so, the Texas brief states.
It also says a magistrate judge issued the warrant and "the officers reasonably relied upon the neutral magistrate’s conclusion that there was probable cause to arrest Villarreal for violating a facially valid statute."
REPORTER WHO TANGLED WITH LORI LIGHTFOOT SUES AFTER PRESS PASS WAS REVOKED: 'FIRST AMENDMENT ON LIFE SUPPORT'Some of the judges hearing the case Wednesday asked questions about that point.
Morris, who said police and prosecutors had no probable cause to investigate or seek the warrant in the first place.
But the full court vacated that ruling, deciding to grant Wednesday's rehearing before all 16 active judges.
In that decision, Judge James Ho wrote that Villarreal's arrest was "an obvious violation of the Constitution."
CLICK HERE TO GET THE FOX NEWS APPHo questioned lawyers for Texas and Laredo on Wednesday about scenarios in which seeking information from public officials can be criminalized.