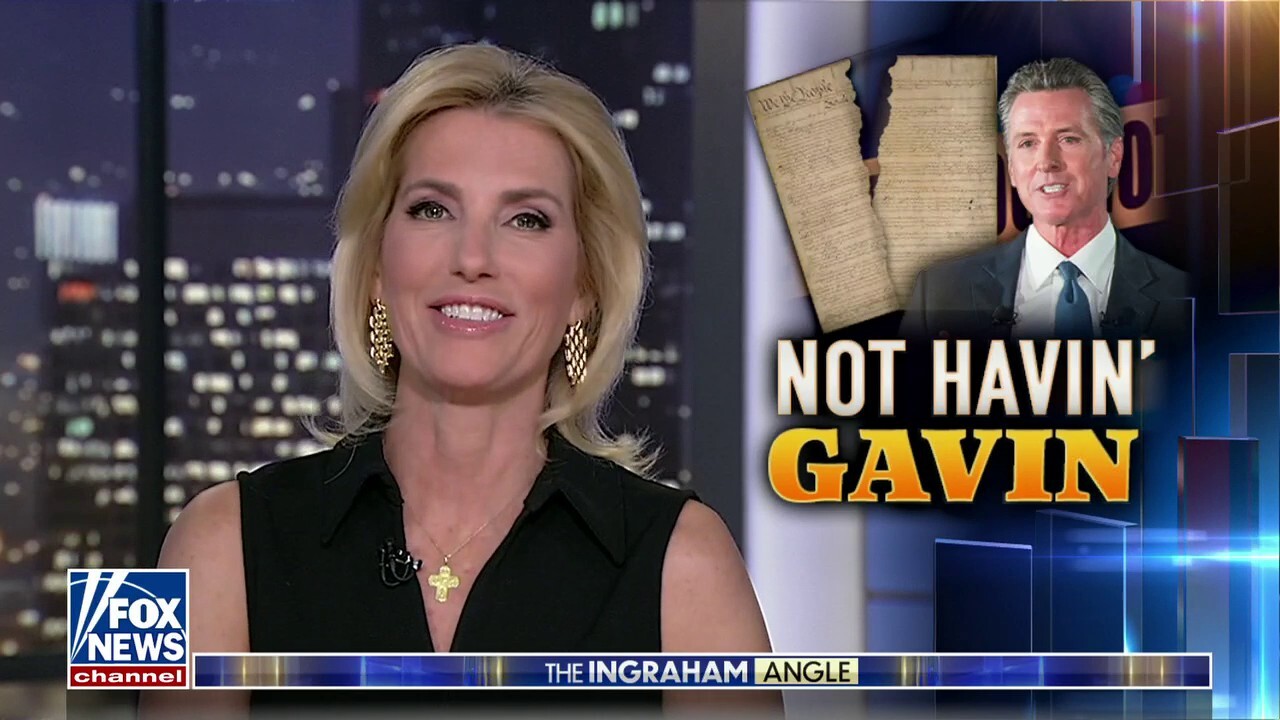 Fox News host Laura Ingraham reacts to California Gov.
Gavin Newsom criticizing the 2nd Amendment following mass shootings in his state on "The Ingraham Angle."
LAURA INGRAHAM: If [Newsom's] the Democrats' post-Biden plan B, they're in trouble.
When he wasn't blaming the 2nd Amendment to the Constitution, he was gaslighting the First.
He said, "There's xenophobia, there's racial priming" — whatever that is — "What they've done to perpetuate crime and violence in this country."
CALIFORNIA GOV.
GAVIN NEWSOM SAYS 2ND AMENDMENT IS ‘BECOMING SUICIDE PACT’ FOLLOWING MONTEREY PARK SHOOTINGWhat?
Xenophobia?
Racial priming?
Newsom immediately tried to tie the attacks to right-wing Trump supporters.
And with Newsom and the gang's reflexive call for more gun control, even CBS and MSNBC had to admit that California already has the strictest gun laws in the country.
CLICK HERE TO GET THE FOX NEWS APP
Source