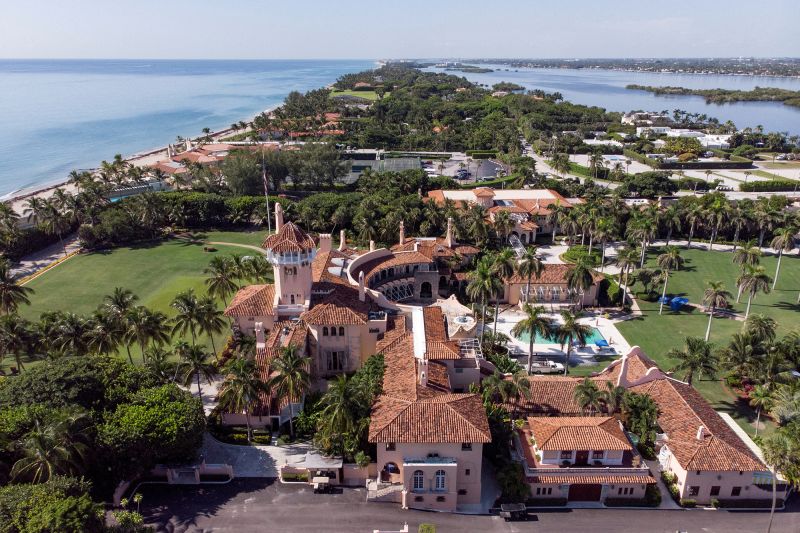 CNN —Lawyers for former President Donald Trump signaled Monday that they oppose having to immediately make disclosures about declassification related to the Mar-a-Lago documents as part of the special master process ordered by a federal judge this month.
“Otherwise, the Special Master process will have forced the Plaintiff to fully and specifically disclose a defense to the merits of any subsequent indictment without such a requirement being evident in the District Court’s order,” the Trump team’s letter continued.
In her ruling denying prosecutors’ request for a stay last week, Judge Aileen Cannon ordered that the special master review – conducted by Dearie and involving approximately 11,000 documents – be finished by the end of November.
The preliminary conference is scheduled before Dearie on Tuesday at the federal courthouse in Brooklyn, New York.
The Trump attorneys argued that Cannon, a Trump appointee who appointed the special master, intended for that litigation to happen through the special master process, with Dearie’s recommendations ultimately reported to her.
Trump’s lawyers, in their letter to Dearie, also suggested pushing back some of the interim deadlines that were laid out in the draft plan.
In a separate filing on Monday, the Justice Department proposed a system for the special master to review the documents seized from Trump’s Palm Beach residence and resort.
In order for both the Trump team and prosecutors to evaluate evidence at the same time, prosecutors suggested in the filing that the documents be uploaded to a third-party online platform.
The Justice Department suggested that the third-party vendor “batch out” documents on a rolling basis as they are scanned to both prosecutors and Trump’s defense team.
The lawyers should plan to sort through about 500 documents every business day, DOJ said.
“If the Eleventh Circuit does not stay the review of the documents with classification markings, the government will propose a way forward,” prosecutors wrote in the filing.
This story has been updated with additional developments Monday.
Source