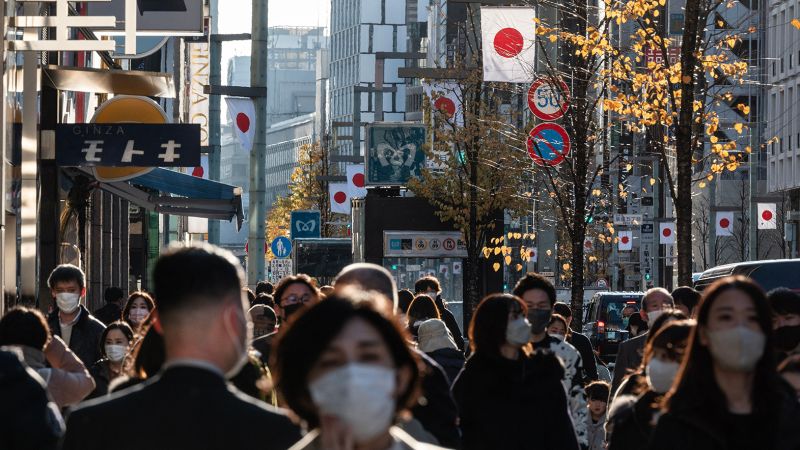 Tokyo CNN —Japan’s prime minister issued a dire warning about the country’s population crisis on Monday, saying it was “on the brink of not being able to maintain social functions” due to the falling birth rate.
Kishida added that he wants the government to double its spending on child-related programs, and that a new government agency would be set up in April to focus on the issue.
Japan has one of the lowest birth rates in the world, with the Ministry of Health predicting it will record fewer than 800,000 births in 2022 for the first time since records began in 1899.
Japan's Prime Minister Fumio Kishida delivers a policy speech in Tokyo on January 23, 2023.
Experts point to several factors behind the low birth rate.
Attitudes toward marriage and starting families have also shifted in recent years, with more couples putting off both during the pandemic.
Some point to the pessimism young people in Japan hold toward the future, many frustrated with work pressure and economic stagnation.
The country’s GDP growth slowed from 4.9% in 1990 to 0.3% in 2019, according to the World Bank.
Some rural towns have even begun paying couples who live there to have children.
Japan’s fertility rate stands at 1.3, while the United States is at 1.6.
Meanwhile, China’s population shrank in 2022 for the first time since the 1960s, adding to its woes as it struggles to recover from the pandemic.
The last time its population fell was in 1961, during a famine that killed tens of millions of people across the country.
Source