Iranians are risking it all to protest. Their families say some aren't coming home 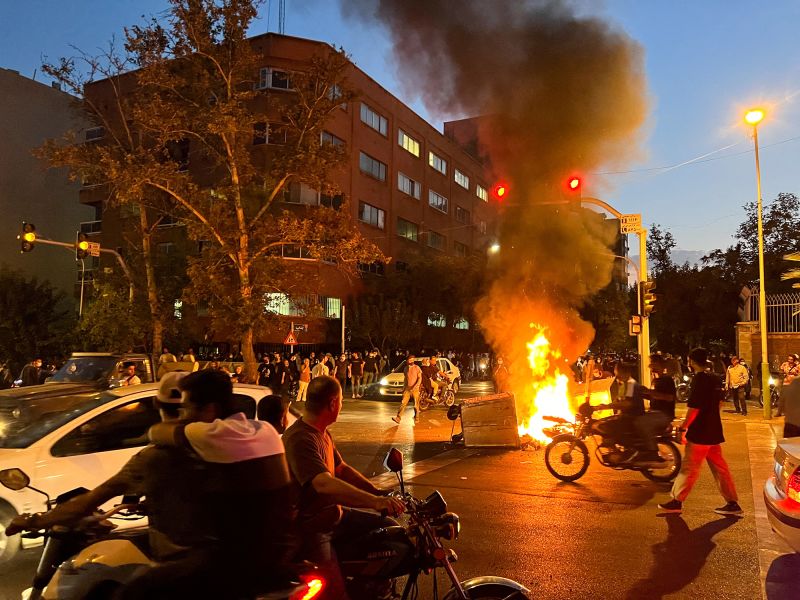 CNN —The last time Farnaz heard her brother’s voice was over the phone, on an unknown number.
Since last week, semi-official news agencies are reporting at least 17 people have died in violent clashes between protestors and security forces.
Demonstrations in Tehran following the death of Mahsa Amini on September 21.
Instead, they say they encountered a sea of other families also searching for loved ones – many of whom said they were threatened by police.
It’s been over four days since Farnaz has seen her brother, and she’s worried he’s never coming home.
“My brother is being held captive by these cruel people and we can’t even find out about his condition,” she said.
On Thursday, the US sanctioned several morality police and security officials it believes are responsible for Amini’s death.
Babaei – who has a large social media presence in Iran – knows what it’s like to become an accidental symbol for protest.
“We’re receiving reports of young people being intentionally shot with metal pellets and other munitions, causing death or horrific injuries.
This is the authorities’ desperate attempt to brutalize Iranians into submission,” Mills told CNN.
For Aili – who is watching the protests from afar – the fear he now has for his relatives in Iran who spoke out about Amini’s death is crippling.
“Why did you kill a 22-year-old girl who is innocent?”“No one deserves to die just because they’re showing some hair or saying what they think … it’s a waste of life,” Aili told CNN.
Source