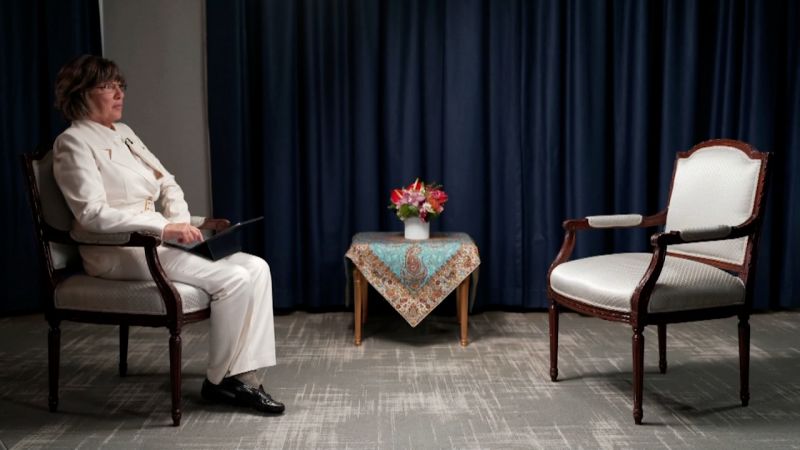 CNN —Iranian President Ebrahim Raisi withdrew from a long-planned interview with CNN’s chief international anchor Christiane Amanpour at the United Nations General Assembly in New York on Wednesday, after she declined a last-minute demand to wear a head scarf.
Some 40 minutes after the interview was scheduled due to start and with Raisi running late, an aide told Amanpour the president had suggested that she wear a head scarf.
“I very politely declined on behalf of myself and CNN, and female journalists everywhere because it is not a requirement.”Iranian law requires all women to wear a head covering and loose-fitting clothing in public.
Amanpour said that Raisi’s aide made clear that the interview – which would have been the Iranian president’s first on American soil – would not happen if she did not wear a head scarf.
Thousands of people have taken to streets, with some women cutting their hair and burning their hijabs in protest against the law.
In Iran, the head scarf is a potent symbol of a set of personal rules imposed by the country’s clerical leaders, which govern what people can wear, watch and do.
Over the past decade, protests have flared as many Iranians have grown resentful of those limitations.
Amini’s death has fueled an outpouring of long-simmering anger over restrictions on personal freedoms.
Surveys and reports in recent years have shown an increasing number of Iranians do not believe the hijab, or head scarf, should be mandatory.
CCTV footage released by Iran’s state media showed Mahsa Amini collapsing at a “re-education” center where she was taken by the morality police to receive “guidance” on her attire.
Amanpour had planned to probe Raisi on the Amini’s death and the protests, as well as the nuclear deal and Iran’s support for Russia in Ukraine, but said that she had to walk away.
“As protests continue in Iran and people are being killed, it would have been an important moment to speak with President Raisi,” she said in a Twitter thread.
Source