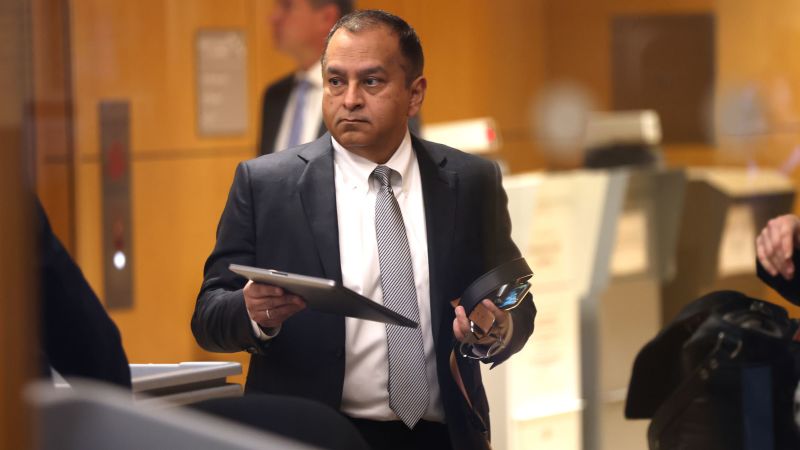 The sentencing comes weeks after Elizabeth Holmes, the founder of Theranos and Balwani’s ex-girlfriend, was sentenced to more than 11 years in prison.
It also came to light that Theranos was relying on third-party manufactured devices from traditional blood testing companies rather than its own technology.
Holmes and Balwani were first indicted together four years ago on the same 12 criminal charges pertaining to defrauding investors and patients about Theranos’ capabilities and business dealings in order to get money.
Holmes was found guilty in January on four charges relating to defrauding investors, and found not guilty on three additional charges concerning defrauding patients and one charge of conspiracy to defraud patients.
Like Holmes, Balwani faced up to 20 years in prison as well as a fine of $250,000 plus restitution for each count.
In a recent court filing, prosecutors noted that Balwani was convicted not only of defrauding investors but also defrauding patients.
They recommended a 15-year prison sentence for him, as well as an order for Balwani to pay $804 million in restitution.
Before joining Theranos, Balwani had a career as a software executive.
Balwani, nearly 20 years older than Holmes, first met her in 2002 before she dropped out of Stanford.
He served as an informal adviser to Holmes in Theranos’ earliest days and the two became romantically involved.
Holmes and Balwani largely kept their romantic relationship hidden while working together.
During her trial, Holmes claimed Balwani tried to control nearly every aspect of her life — including disciplining her eating, her voice and image, and isolating her from others.
Source