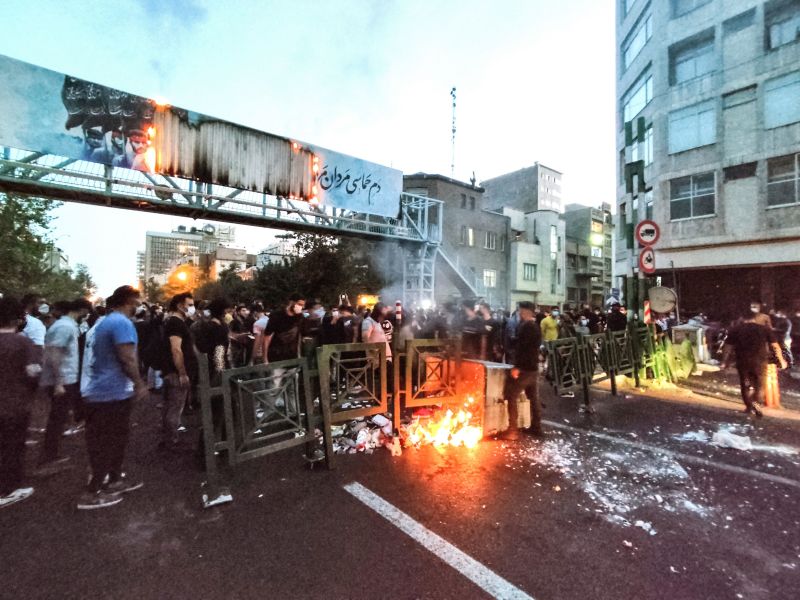 CNN —Amid internet shutdowns by the Iranian government in the face of widespread protests, the US government has taken a step meant to allow technology firms to help the people of Iran access information online, US Secretary of State Antony Blinken announced Friday.
“It is clear that the Iranian government is afraid of its own people,” Blinken said in a statement.
“Mahsa Amini is senselessly, tragically dead, and now the government is violently suppressing peaceful protesters rightly angry about her loss.”Blinken said the Treasury Department has issued a general license, which authorizes certain transactions which would otherwise be prohibited under sanctions, “to advance our efforts and commitments to ensure that the Iranian people can freely access information online.”“We are taking this step against a stark backdrop,” he said.
“The Iranian government has cut off access to the Internet for most of its 80 million citizens to prevent them — and the world — from watching its violent crackdown on peaceful protestors.”“(W)e are going to help make sure the Iranian people are not kept isolated and in the dark.
This is a concrete step to provide meaningful support to Iranians demanding that their basic rights be respected,” he said.
According to the Treasury Department, the general license expands the categories of software and services that can be provided “to include social media platforms, collaboration platforms, video conferencing, as well as cloud-based services,” gives “additional authorization for the services that support the communication tools to assist ordinary Iranians in resisting repressive internet censorship and surveillance tools deployed by the Iranian regime,” and “removes the requirement to verify communications are ‘personal’ in nature.”It also “continues to authorize anti-virus and anti-malware software; anti-tracking software; mobile operating systems and related software; anti-censorship tools and related software; Virtual Private Network (VPN) client software; and related software,” noting that “these tools protect the ability of Iranians to engage in free expression and bravely resist regime oppression,” the Treasury said.
The announcement comes a day after the US issued sanctions on Iran’s Morality Police, in whose custody Amiri died.
Source