“Joint legal custody means that both parents share equal responsibilities for making decisions about childcare, schooling, religion, and other such life decisions. On the other hand, Joint physical custody refers to a child spending equal or nearly equal time residing with both parents – for example, spending 4 nights with one parent, and 3 nights with another,” the article from the NYC child custody lawyers says. 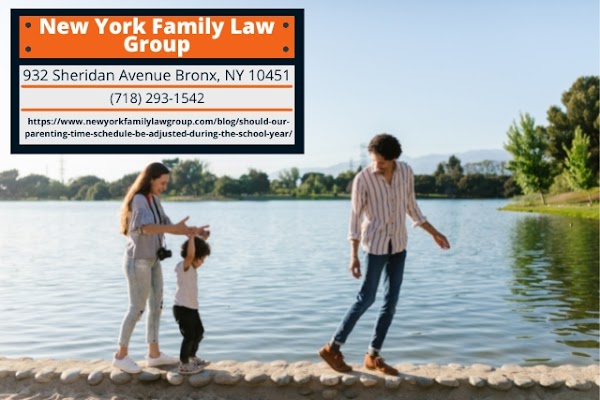 Attorney Martin Mohs says that Joint legal custody and joint physical custody are awarded separately. The advantages of joint custody are that first, both parents are able to maintain a role in the child’s upbringing. Second, the child is able to enjoy a more stable environment. And third, joint custody will be able to split up the parents’ responsibilities equally.

Family law attorney Ethan Steward adds that joint custody does have its own share of disadvantages. These disadvantages include difficulties in planning and scheduling, conflicts and arguments often arise, and the kids will have to move between homes frequently. The lawyer adds that if parents want to seek joint custody, one of the best things they can do is sit down with their spouse and work out a plan for parenting time.

According to the lawyers, “If you do not share joint custody of your children with your ex-spouse, one parent or the other will be awarded full legal and/or physical custody of the children, based on the determination of the court. The specifics will vary depending on the court’s determination. However, the non-custodial parent will still have rights to see and parent their kids, usually including overnight visits.”

Lastly, the lawyer emphasizes the importance of having a skilled child support attorney when dealing with matters such as child custody and visitation. A skilled lawyer may be able to help the parents understand their roles and responsibilities in the divorce and help them come to a favorable agreement.

New York Family Law Group is founded by attorneys Martin Mohr and Ethan Steward. Combined, the lawyers have over 30 years of experience in dealing with New York family laws. They aim to give their clients skilled representation and educate them about their rights while navigating the complicated terrains of family law-related matters. Contact them today at (718) 293-1542 to schedule a consultation.