New York divorce lawyer Ryan Besinque releases a new article (https://www.besinquelaw.com/is-new-york-a-community-property-state/) that discusses whether New York is a community property state. The lawyer mentions that divorce is always difficult and people usually have to deal with issues such as property division, spousal support, child custody, and visitation.

“New York was once a community property state, however, that is not the case any longer. Instead, it is now an equitable distribution state, which means that all property acquired throughout the marriage in Manhattan or the New York City area, is distributed in a way that’s considered equitable among the spouses,” says the New York divorce lawyer. 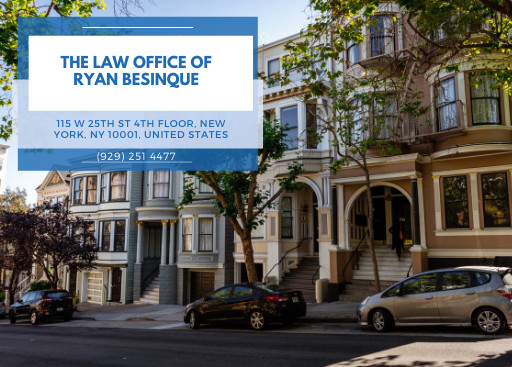 The lawyer explains that it is important for the spouses to understand that “equitable” does not necessarily mean that the property is split evenly between the couple. What it really means is that the marital property will be divided fairly.

Attorney Ryan Besinque adds that it can be confusing for some people to differentiate between marital and separate property when they are going through a divorce. The term marital property simply refers to property that the couple acquired during the marriage. No matter if the property was gained by one spouse or by both, marital property will be distributed as part of the divorce settlement.

In the article, attorney Besinque says that separate property refers to the properties acquired by each spouse before the marriage. These types of property will remain separate during the divorce.

According to the divorce lawyer, “Various other factors might also be examined by the judge when determining the division of property. The court will also take into consideration any agreements between divorcing spouses. If a couple is able to agree on how to split their marital property, the judge can amend it in the divorce settlement. However, if the couple is unable to come to an agreement, the judge will make a decision based on the above factors and ensure that the property is equitably divided.”

Lastly, attorney Ryan Besinque emphasizes the importance of having a skilled divorce lawyer when it comes to matters like property division. Having an attorney may be able to help the client understand their rights and guide them in making the right decision.

About The Law Office of Ryan Besinque

Ryan Besinque, Esq. is an experienced New York City contested divorce attorney. He has witnessed firsthand the financial and emotional toll divorce and separation can take on families during his years of practice. He tailors his approach to ensure that each client is fully represented and feels optimistic about the future. Contact them today at (929) 251-4477 to schedule an appointment.

For more information about The Law Office of Ryan Besinque | Divorce Attorney and Family Law Firm, contact the company here: