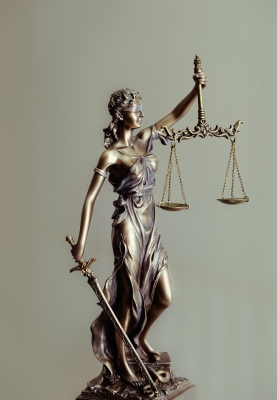 Using bankruptcy to get student loan debt discharged requires that a borrower prove that they have “undue hardship,” which can be problematic as many different jurisdictions have different standards for what qualifies as undue hardship. To prove undue hardship, a borrower must sue their student loan lender by initiating an “adversary proceeding.” Such proceedings can be very long and expensive as nearly all lenders oppose the bankruptcy claim of the borrower. Due to this fact, a large number of borrowers don’t even make an effort to take this route to discharge their student loan debt.

Richard Cordray, Chief Operating Officer of Federal Student Aid, spoke at a hearing in October hosted by the House Committee on Education and Labor and expressed his commitment to reforming how federal student loan bankruptcy rules are structured. According to an article published in Forbes, “Cordray indicated that the Biden administration is actively exploring ways of changing how the Department of Education treats undue hardship cases for federal student loan borrowers seeking a bankruptcy discharge. While he provided few specifics, advocates have suggested various metrics that the Department could use to support (rather than oppose) a borrower’s undue hardship claim, such as a consistent state of poverty over the course of many years, or reliance on earnings derived from public benefits such as Social Security. If the Department of Education stops opposing at least some borrowers trying to get undue hardship bankruptcy discharges, it would represent a huge shift, and could open the doors for many more borrowers seeking relief.”

The Fresh Start Through Bankruptcy Act, a bill sponsored by Senator John Cornyn and Senator Richard Durbin, was unveiled in August which would waive the undue hardship proof needed for federal student loan borrowers meaning that no adversary hearing would take place. However, this bill would only count towards borrowers whose loans have been in repayment for at least 10 years. It is still unclear if the bill, regardless of having bipartisan backing, will move forward in Congress.

Lewis and Jurnovy are here to help the Florida Panhandle stay up to date on the newest bankruptcy news. The trusted lawyers have been offering bankruptcy help to Fort Walton Beach and the surrounding areas for more than 20 years. For bankruptcy help information or for free debt consultation, give Lewis and Jurnovoy a call at (850) 863-9110 or visit them online at any time at www.LewisandJurnovoy.com.

Australia's finest designers all want to work at Torii Consulting

How Home Works Painting, the Leading Painting Company in Reston, VA, is Using Trust and Integrity to Make a Difference.