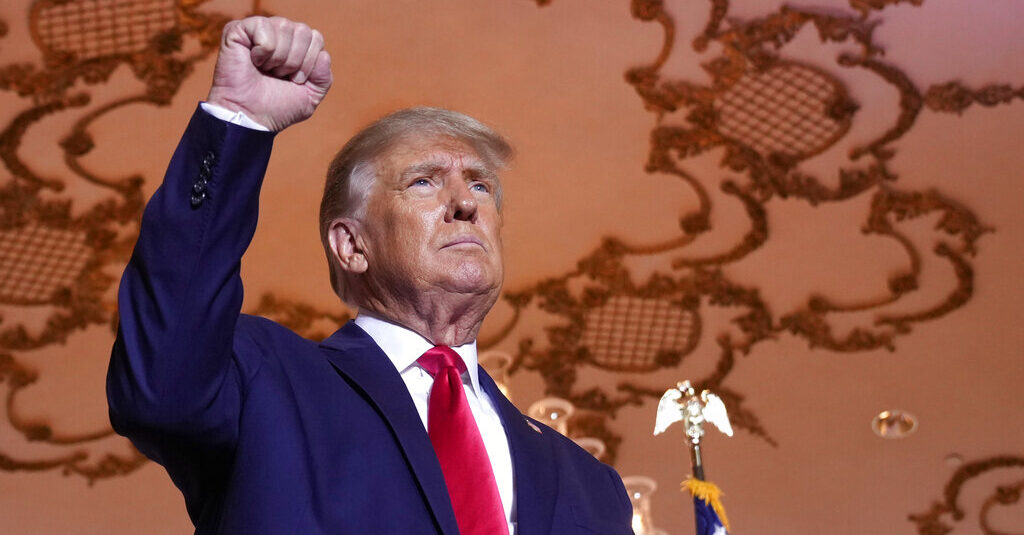 Meta said on Wednesday it will reinstate former President Donald Trump’s Facebook and Instagram accounts after they were suspended following the 2021 Capitol insurrection.

Nick Clegg, Meta’s president of global affairs, said the accounts will be restored “in coming weeks.”

“Americans should be able to hear from the people who want to lead the country,” Meta said in a statement to Mediaite. “We don’t want to stand in the way.”

Meta banned Trump from its platforms after the Jan. 6, 2021 insurrection at the Capitol, where a mob of his supporters stormed the building in a vain attempt to overturn the 2020 presidential election. He spent the previous two months falsely claiming the election had been stolen from him, frequently using social media to do so.

“We’re ending the suspension – but he has to play by the rules. The penalties and potential restrictions we’ve put in place are a deterrent,” the company said.

Trump announced his candidacy for president in 2024 in November.

This is a developing story.

Have a tip we should know? tips@mediaite.com