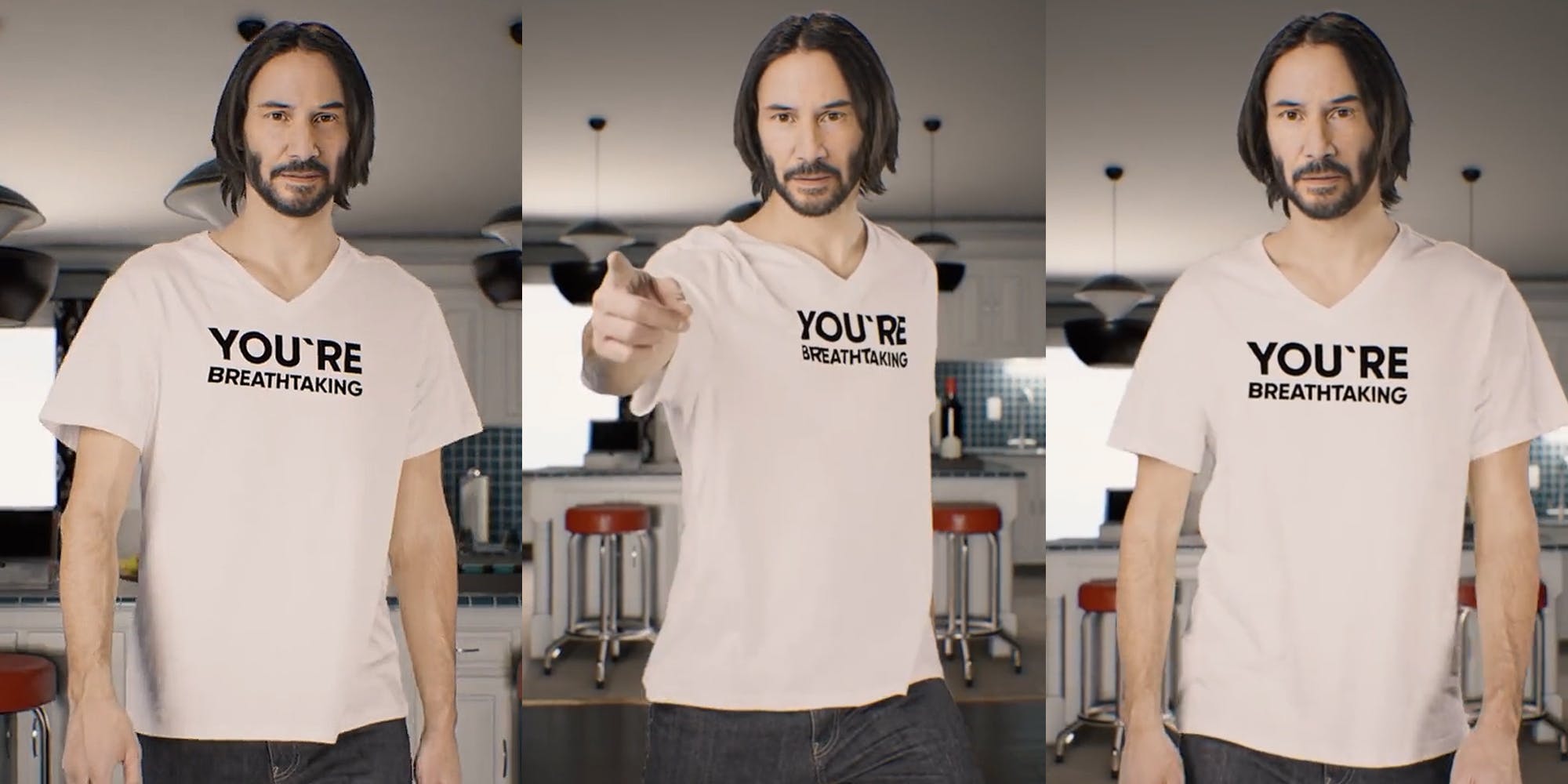 A TikTok account that many appear to believe is run by Hollywood actor Keanu Reeves has racked up an astonishing 438 million views. But the account is entirely comprised of deepfakes.

Despite being aptly named @unreal_keanu, the account has seemingly fooled countless users into believing that the TikToker is either Reeves himself or his uncanny doppelgänger. It even notes on its Instagram page that its content is created via AI.

Examination of any of the account’s 41 viral videos shows dozens of such comments. One video in which the digitally created Reeves is seen dancing, which has amassed over 115.8 million views, has been inundated with comments applauding the famed actor.

“Congrats on the success…..and for being being the first person I intentionally followed on this platform…..keep it real and keep safe,” one user wrote.

In a more recent video with over 35.5 million views, numerous users admit to not truly knowing whether the video is fake or of the actual acting superstar.

“POV: you’re checking the comments to figure out if it’s a look alike guy or some kind of face swap filter,” one user said.

But not everyone has been fooled. In the account’s most recent video from Thursday, which has already garnered 13 million views, may commenters are making it a point to inform others that the individual featured is not Reeves.

Others admitted that they had only recently discovered that the videos had been manipulated.

“How is this possible?” another user asked. “I know that this is not Keanu, but the similarity…. Unbelievable!”

And some even admitted to only recently learning about the account’s use of deepfake technology. It’s a fascinating but dangerous new technology that’s on the rise: Here’s how you can spot a deepfake, and here’s how a deepfake gets made.

“Me finding out that he’s not the real Keanu Reeves,” one TikToker said.

The Daily Dot reached out to @unreal_keanu for comment but did not receive a reply by press time.

Even with the account’s bio admitting that the content is “parody,” @unreal_keanu continues to fool many online with its realistic deepfakes.